As many people know, I’m a huge baseball fan and this year’s World Series was a true Fall Classic. No one can argue that Houston deserved the celebration of an Astros victory after the devastation from Hurricane Harvey, but I have to confess that I was rooting for the Los Angeles Dodgers. My son lives in Los Angeles and my daughter in Brooklyn, NY, where the team originated, and absent the Red Sox in the Series it seemed natural that my allegiance would be with the Dodgers.

However, as the Series progressed, I found myself more invested in a Dodgers victory than I had anticipated and took a deeper look into why. That’s when memories began to emerge. I remembered as an 11-year-old Jewish kid in the '60s—and an aspiring athlete in my own right—how enamored my friends and I had been with the legendary Sandy Koufax.

All these years later he still stirs up emotion for Jewish baseball fans. It was the fall of 1965, and the Dodgers were playing in the World Series. The opening game fell on October 6, which happened to be Yom Kippur, and Koufax chose his faith over baseball, forgoing his role as starting pitcher for the opening game.

This was not an insignificant decision. Afterall, in September he had pitched a perfect game to help clinch the pennant for the Dodgers, so a lot was riding on his performance in the World Series. His decision to put his Jewish tradition over his responsibilities as a baseball player and teammates became legendary in the Jewish Community—especially among boys like me on the cusp of becoming adults and being impacted by role models.

The fact that the Dodger organization allowed Koufax to observe Yom Kippur, which resulted in a loss for the Dodgers for that first game, spoke volumes for the team’s leadership.  And this was not the only time Dodgers leadership did the right thing.

Branch Rickley, general manager for the then Brooklyn Dodgers recruited Jackie Robinson in 1947, breaking baseball’s color line. Although in part a financial decision, history tells us that Rickley’s decision was also made on moral grounds. It was the right thing to do.

The Dodgers’ legacy is one of doing well by doing good. As a die-hard baseball fan, I can’t help but see Hebrew SeniorLife as an organization with parallels to my image of the Dodgers organization as one of “hero.”

Throughout our long history, HSL has served as a champion called on by others to take on the challenges those in our community face as they age. Through our unparalleled combination of experience, optimism, vision, and determination, we continue to work to improve the quality of life for people as they age, dispelling the notion that growing old has to mean growing frail. We promote the independence of all seniors and strive to transform every aspect of the aging experience for the better.

I’d like to think that HSL is the “Dodgers” of the senior service industry, always focused on “doing the right thing” for all those we serve. 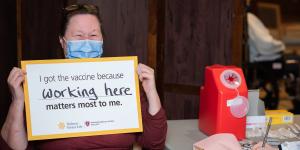 Innovation in Senior Care During COVID-19

What we’ve learned and the impact on senior care for generations to come. 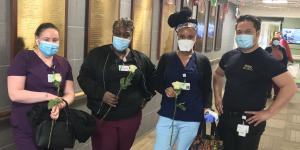 Standing Together for Racial Justice 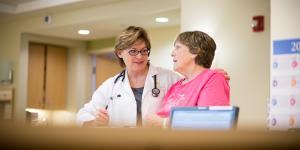 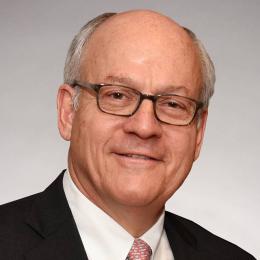 Louis J. Woolf is president and CEO of Harvard Medical School-affiliate Hebrew SeniorLife, an integrated system of health care, senior living, research, and teaching that serves more than 3,000 Greater Boston seniors each day and is committed to redefining the...